XX is a 2020 South Korean web drama. It has ten episodes, with each only running for twenty-five minutes.

Synopsis: A well-regarded bartender named Yoon Na Na is the head bartender of the speakeasy bar, XX. She has control over everything, including the interior design and menu for the bar. Her initial goal was to save up and buy XX, but the owner suddenly sells it to someone else. The new owner is Lee Roo Mi, who used to be Na Na’s best friend in college, but she betrayed her.

Expectations: After seeing the trailer for this drama, I included it to my must-watch list because the concept felt fresh. Plus, the main characters seemed strong and promising. So when I finally had the opportunity to sit down and watch the entire thing, I was thrilled.

I enjoyed every minute of this drama. It was straightforward and sweet. One thing that instantly stood out to me was the cinematography. It felt mysterious and chic, plus the scene transitions were very impressive. The background scores/sound effects also went well with the momentum of each scene. I appreciate the storytelling technique the writer adopted. Viewers were teased past events but never showed everything at once. We got more glimpse into the past as the characters opened up in the present.

With all those base elements aside, I must say that the main actors for this series are all beautiful people. Bae In Hyuk, who played Danny, completely stole my attention whenever he appeared. Actually, every character in this short series was well portrayed. None of the actors came off flat to me.

Starting off XX, I had a feeling that there would be more to the story of Roo Mi’s betrayal. When they finally revealed what happened, I was angry at Na Na’s ex-boyfriend for causing such a rift between the girls. However, Roo Mi shouldn’t have agreed to be with him. You don’t just jump into a relationship with your best friend’s ex even though you liked him first. Plus, if really they broke up, it was still too soon. I do understand that Roo Mi had her issues with wanting to be loved, but she could have kept to code and avoided the entire situation.

I love that both Na Na and Roo Mi were strong characters, but both still had their flaws to outgrow. It was always interesting to watch their savage bickering because they served as essential mental challenges to each other’s way of handling things. I was so happy when they finally resolved everything and became friends again. Their character growth was beautiful to witness. Na Na learnt to face difficult situations instead of always stepping back and staying quiet. Yes, silence is power, but communicating how you genuinely feel is also power. We all got to learn how to balance both reactions. Roo Mi, on the other hand, learnt her worth and loyalty to friends.

Moving on, let’s discuss the main topic of this drama, which is CHEATING. Honestly, people that make excuses when they get caught truly annoy me. No one just slips mistakenly into another woman or man’s bed. It was definitely a deliberate action. So kindly save your “stories that touch.” The main cheaters – Seo Tae Hyun and Jung Gyu Min threw me off big time when they tried to emotionally guilt trip their partners. You made the mess, so why are you shifting the blame? Scenes with Seo Tae Hyun were tough to sit through because my insides were raging. Hence you all can imagine my satisfaction once the cheaters got served what they clearly deserved😂😂😂. My favourite was the wife that faxed her divorce papers through her husband’s workplace machine. I died during that scene😂😂😂😂😂, AYYY LMAO!!!

Another thing I don’t understand is why cheaters don’t just break up and move on to the next person instead of playing games. What is wrong with humans? or as Na Na calls them “Trash.”

Hmmm, now unto a more beautiful mental space with the romantic aspect of this series. I adored the progression of Na Na and Danny’s relationship. Their chemistry was adorable and comforting. Right off the bat, I knew that Danny had feelings for Na Na. It was pronounced from the way he looks at her. I literally melted when he finally confessed his feelings to her. It went like this – “Co-worker Danny or Park Dan Hee as a Man? Which do you prefer Na Na?… I like you” My heart went doki doki for that scene, I squealed and said, “GIRL YOU BETTER NOT REJECT HIM.”😂😂😂 I got way too excited as if I was the one he asked out, LOL. So when they finally became official, I was in heaven. Their intimate scene at the end was precious.😍😍😍

To wrap up, here are my two-cents about each main character – 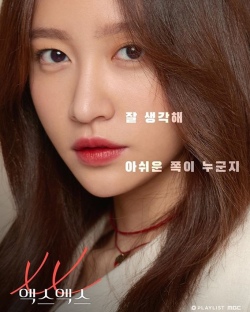 She felt more hurt by her friend’s betrayal than the cheating ex; hence she still had a soft spot for Lee Roo Mi. Yoon Na Na is a pure savage with her comebacks during arguments. 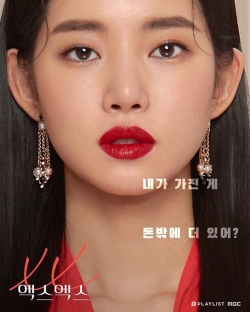 She is not as bad as she carries herself to be. She is simply a woman who needed to learn self-love, and I love her fashion sense. 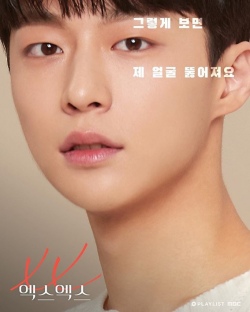 He is very insightful, caring and smooth with his words. I couldn’t help but stare at his face all the time. 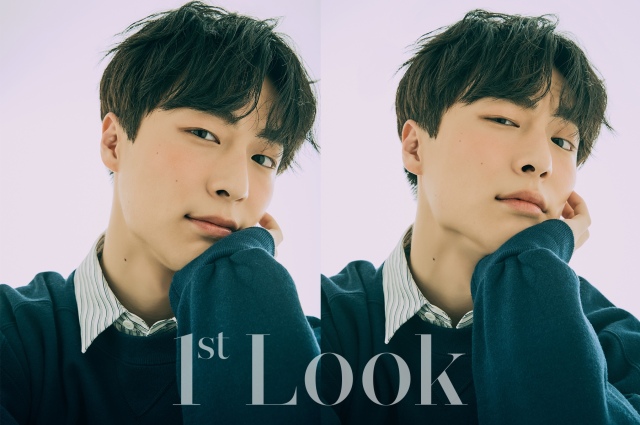 Although I didn’t mention him much, I love this character. Jayden is such a mood and an awesome best friend to Yoon Na Na.

Sorry guys, I actually planned to make this review short, but I got too into it and wrote away as usual. Anyways, my rating for XX is a solid 10/10. It was excellent, and I plan to watch it again very soon. To get a better  understanding of how I rate each movie or drama, click 👉 Drama|Movie Rating Guide

If you are interested in seeing this drama, use this link 👉 XX on Viki with English subs.

If you have already seen this web series, what do you think of the story?