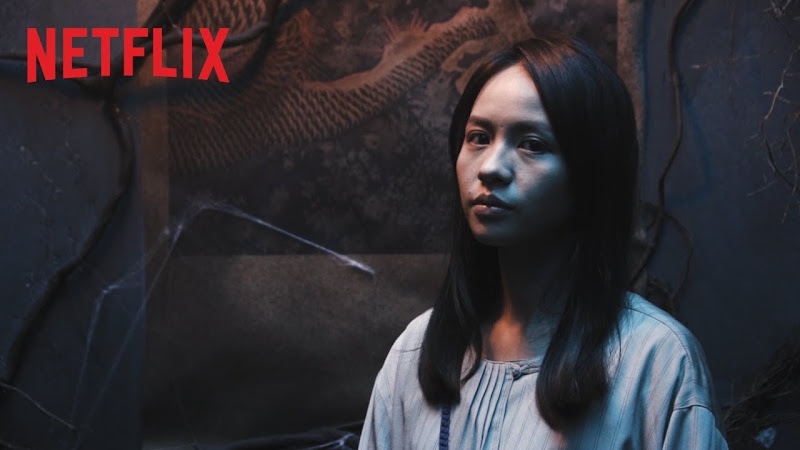 The Ghost Bride is a 2020 Taiwanese drama. It has six episodes and is available on Netflix.

Synopsis: Set in 1890 Malacca, a young woman named Pan Li Lan, is forced to marry a dead man in exchange for help with her family’s poor finances. She makes a deal with Tian Ching, the ghost she’s meant to marry. In exchange for her father’s life, she will investigate his murder. As things unfold, Li Lan finds herself in a more complicated situation than she bargained for.

Expectations: This was on my list for must-watch dramas of 2020. I love spooky ghost stories. Also, the trailers and first posters looked quite promising. I am familiar with Chris Wu. Most of his series I have seen were really good, so why I decided to give this one a shot.

From the first poster I saw, I assumed that I was going to get a decent horror thrill and mystery, but the reality of what I got from The Ghost Bride was a lot of comedic scenes, some mystery and hardly any spookiness. Which isn’t bad, but definitely not what I expected.

The first thing that I noticed once I started episode one was the background scores. Yes, they were beautiful, but they sounded quite modern in comparison to the period the story was set in. Thankfully this got better. The next aspect I took note of was the picture quality. I absolutely love the cinematography for this drama. It was clear, simple and stunning.

This is my first time watching Huang Pei Jia. She did a great job as Pan Li Lan. The scenes with her and Er Lang were fun to watch. Chris Wu also gave an excellent performance as Er Lang. Even though I wasn’t expecting so much comedy, his character was a joy to watch. Overall most of the actors were okay, but there were still a few that gave mediocre performances.

After finishing the drama, I went ahead to read some reviews. I noticed that a few people believe that Tian Ching(the ghost) sincerely cared for Li Lan, but I beg to differ. He kept on tormenting her family members, and it was selfish of him to try and keep her in the Netherlands against her will. Even though he claimed that his upbringing was messed up, I don’t feel bad for him because he showed no sign of remorse. Plus, I blame the scriptwriter for my lack of empathy towards Tian Ching. There wasn’t enough shown that would enable me to sympathize with his character. What the drama showed me was a villain that needed to be dealt with.

Now, concerning Pan Li Lan’s affection towards Tian Bai. I didn’t care much for that pairing because there was no chemistry between them. The person she bonded with was Er Lang, the heavenly guard, and that was why her decision at the end made sense to me.

Altogether nothing really stood out to me in this drama; hence I don’t have much to say. It did showcase selfless love between family members, but overall it lacked a lot. Story-wise, The Ghost Bride did not depict excellent writing skills. The only thing that will make me want to watch a second season is the cliffhanger at the end. Aside from that, I don’t see myself rewatching this drama. My rating is 6.5/10. To get a better understanding of my rating, click 👉🏼 Drama|Movie Rating Guide

The Ghost Bride wasn’t to my taste, but someone else might actually love it. So if you need some lighthearted ghost story, then give it a chance and form your own opinion.