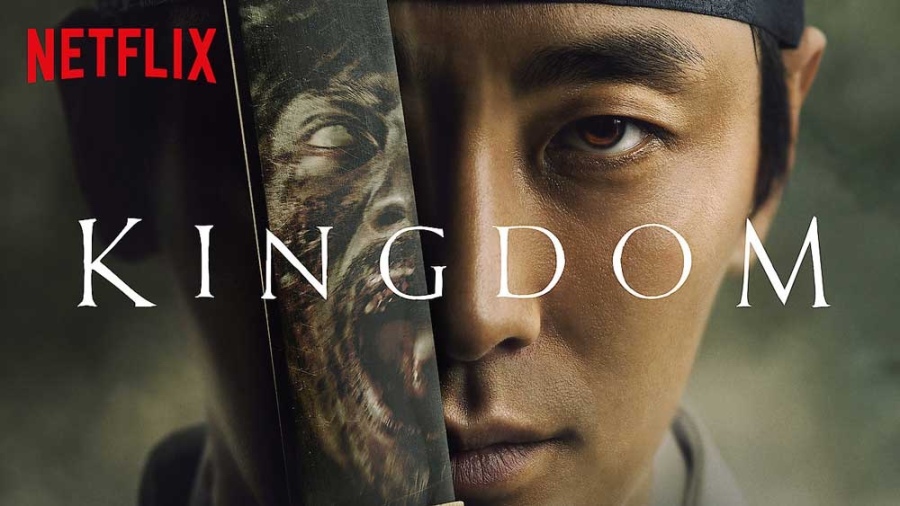 Finally, I have woken up from my long slumber. I am back with my review for the 2019 zombie-themed Korean series, Kingdom. I know that this is a late review, but I really wanted to take my time to do this properly.

Kingdom is a 2019 Netflix Original Series set in the Joseon period.

Synopsis: The king has fallen ill, and rumours start to spread that he has actually died. Crown Prince Lee Chang is labelled a traitor by the Haewon Cho clan, which is the clan of the current Queen. Due to the political plot against him, he embarks upon a mission to investigate the spread of the mysterious undead plague that has beset the king and the country’s southern provinces.

Honestly, the main reason why I kept stalling on this drama was because of the zombie theme. I am not the biggest fan of the undead. So, going into this series, I expected some horrid scenes. I knew that I would be getting a well-written plot and delivery from start to finish. I hoped that since the series had only six episodes had to have been well planned out because of the short time provided to develop the story.

My review on this is going to be very short and precise. Because the drama only has six episodes and ended with a cliffhanger. So there is not much to conclude on for now. I need the second season to be released as soon as possible because they cannot just leave me hanging with such an epic plot twist.

With that said, I have one word for this drama, INTENSE. This was such an action-packed series. A big thumbs up to all the actors for the fantastic range they showed throughout this drama. Their acting was very believable, most notably from the zombies. From the way they ran to their reactions, every move was made to look as real as possible. Their acting really sold this story for me because I usually do not enjoy zombie movies, but I was glued to my screen throughout the six episodes.

I noticed immediately from the start that there was a shift from the usual Korean drama series style of storytelling. Typically with Korean dramas, the audience is provided with some sort of back story to better understand the characters, but this drama did not have much of that. So my initial reaction halfway through the series was that the characters lacked depth. This caused me to be unclear on why precisely the Crown prince decided to rebel against his father for the throne. I know that he had enemies and therefore needed to do anything within his power to survive, but I still want to know more about the relationship between him and the king. Even with that lack of depth, I have nothing against the writer for not providing a backstory for the characters. This is because, as I watched to the end of the series, I realized that the main focus was on the zombie epidemic itself and not necessarily the characters. So on that note, I concluded that this drama was not too concerned with character development and in-depth storylines. It had a definite plot, which was Zombie apocalypse, and it was well executed.

As already mentioned, I expected a good number of horrid scenes, and from the very first episode, I got it. Not even ten minutes into episode one and someone’s head was already on the floor. Now since we are discussing horrid scenes, let us look into how the epidemic began to spread in the first place. I get that the people were starving, and the need to stay alive can make anyone take drastic measures, but did Young Shin really have to cook a dead person as meat for sick people to eat. I was so grossed out by that. Did he not think about how unhealthy that will be. He started the entire zombie apocalypse. If he did not serve them that meat, they would not have been infected. I still want to know what his story is because, as of now, I am not his biggest fan. He might have helped keep people alive, but I just cannot seem to overlook the fact that he escalated the situation due to his rash decision.

That aside, I enjoyed the comedic scenes that we got to see in the first half of the series. Especially the bickering between Crown prince Lee Chang and his royal guard. But by the end of the series, I began to suspect his guard. I hope to be proven wrong in season two because if he is really a spy, it will be a big blow to the prince. In episode six, it was revealed that the Haewon Cho clan had planted a mole on the crown prince’s side, and the only person who had been with Lee Chang from the beginning was the guard. So who could this mole be?

Now a little talk about the Queen, I had a strong feeling from the start that she was not pregnant, and I was right. I also feel like she cares about the crown prince. As of now, her character seems quite mysterious and complicated to me. So I really want to see more of her story in season two in hopes of understanding her better. My radar might be wrong about her feelings towards Lee Chang, but one thing I know for sure is that she does not enjoy being controlled by her father. I feel like she might even betray him to keep her position and power intact.

Finally, I would like to discuss the cinematography for this series. It was simple, detailed and fitting to the Joseon period. The landscape shots throughout the series were breathtaking. I also noticed in episode one that the lighting indoors at night was executed perfectly. It was actually portrayed like they had only lamps and candles on set. My reason for mentioning this is because most historical kdramas tend to fail in the lighting department. They make it so evident that they are using electricity to film, but this drama was an exception, so props to the director for that. Also, the background scores really helped in creating the right effect for each scene. I believe that each instrumental piece helped the audience stay more intuned with the intensity of the show.

To wrap up my review, my rating for this series is 8.5/10. I am willing to give the remaining 1.5 points once I see the definite ending for this drama and some character depth. Overall, Kingdom was perfect. I did not find much fault with it because it was so well produced. I really hope that the second season provides answers to the few questions that remain unanswered for me. Also, I am praying that season two lives up to the hype of its predecessor. If you have not seen this TV series yet, you need to go check it out. If you have seen it, please let me know in the comment section if we share any similar opinions and what you noticed that I might have missed. That is it for this review.

I know I did not do my usual character analysis and notable scenes for this review. Here is my reason – I currently do not have enough information on each character to do that. Hopefully, by the end of the second season, I should be able to do my character analysis. As for the notable scenes, I simply could not decide. It was such a short drama, and almost every scene was essential and captivating.